A large dairy farm has been fined $42,000 for destroying indigenous vegetation to create pasture for dairy grazing. 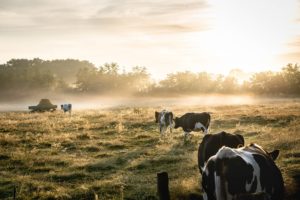 A large Central Otago dairy farm operation with a good track record for community involvement has been fined $42,000 for destroying 12.2 hectares of indigenous vegetation to create pasture for dairy grazing.

Devon Dairy Farms, has about 4000 dairy cows at Hawea Flat and the clearance of the indigenous vegetation was against the district plan and no resource consent was obtained and was not possible to reinstate Environment Court Judge Brian Dwyer, described the offending as serious, because the defendant was aware the land contained indigenous vegetation but needed the land as a feedlot for 700 pregnant cows which could not be held elsewhere on the farm. But he did say the farm’s directors did show real remorse.  It proved an expensive action.