Global warming could have a big effect on the wine-growing regions of the world. In fact, suitable areas for growing wine grapes could shrink by half or more, according to Lincoln University Senior Lecturer. Dr. Amber Parker, says 56 percent of the world’s winegrowing areas may no longer be suitable for producing wine if global temperatures rise by 2°C…. and with 4°C of warming, suitability for winegrowing could decrease by 85 percent. On the positive side, Dr. Parker says the answer will lie in re-shuffling where certain grape varieties are grown which could halve the potential losses of winegrowing regions.

New Zealand is likely to remain relatively unscathed. With more than 1,100 different varieties grown in a wide range of conditions, grapes are especially sensitive to the seasonal temperature fluctuations of climate change. If winegrowers switched to varieties more suitable for the changing climate, only 24 percent of the world’s winegrowing areas would be lost with 2°C of global warming, rather than 56 percent. 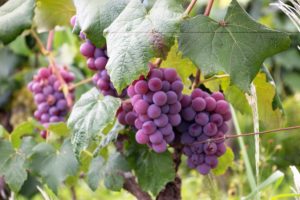