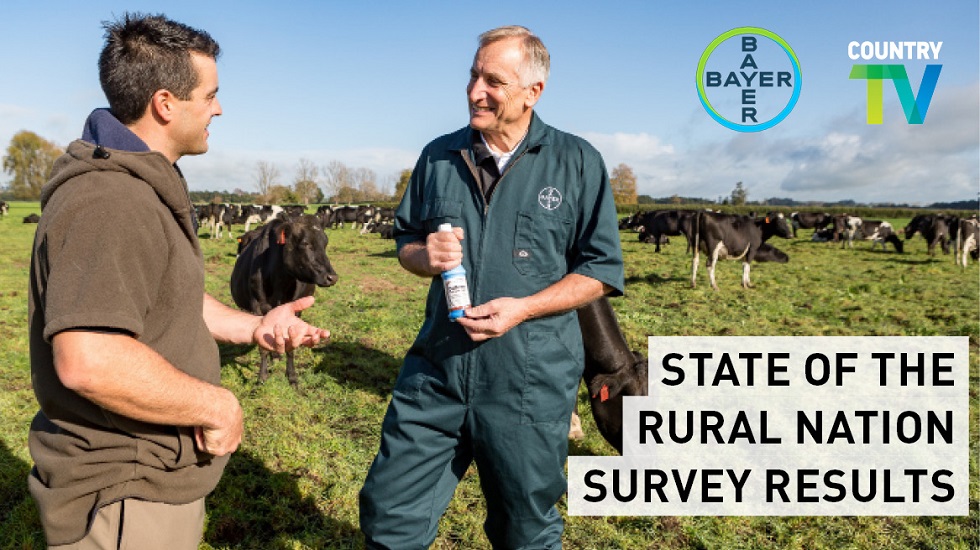 A recent survey has found that 70 percent of rural New Zealanders have felt more stress over the last five years.
The State of the Rural Nation Survey, conducted by Bayer New Zealand and Country TV, asked participants several questions regarding their views on critical topics impacting rural New Zealand today, including a series of questions around mental health.

Of those who responded that they had felt increased stress over the last five years, over half (54 percent) attributed financial pressures as the main reason, while the impact of environmental factors (ie droughts, flooding, hail) on people’s work and livelihoods came in at a close second (49 percent).

The survey highlighted that our younger generation (aged 18 – 39) were the most affected by stress and anxiety. A staggering 85 percent of respondents in this age bracket indicated they had felt more personal stress in the last five years – significantly more than those 55 and above at 64 percent. Interestingly, they also felt mental health issues were more prevalent in rural areas of New Zealand.

The survey showed that those living rural were significantly less likely than urban dwellers to consider talking to a health professional if they experienced signs of stress or anxiety.
“More than half of respondents found it difficult to talk about mental health issues. What’s more, 56 percent claimed they’d rather deal with things themselves, while just under half responded that the stigma associated with mental health was the reason for their discomfort in talking about it.

“This is really concerning. Although we’ve made progress in trying to move away from that stigma, it’s still widely misunderstood as a weakness, especially for those living rurally. The Kiwi attitude of ‘she’ll be right’ won’t get us very far if people are neglecting the signs that they need help.” 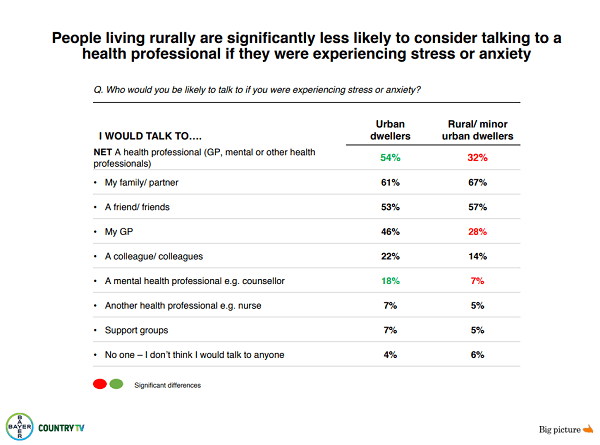 Dr Lance O’Sullivan, medical innovator and former New Zealander of the Year, said he wasn’t surprised by the results, having lived and worked in rural New Zealand for much of his life.

“Rural communities are often geographically isolated, which invariably means limited access to mental health resources. It’s no secret New Zealand is in the midst of a mental health epidemic and this is a reminder that the effects of this are widespread.
“The shortage of mental health professionals across the board, makes for no quick fix, however, mental health resources are increasingly being accessed remotely via online platforms or mobile applications. If people are experiencing negative emotions or feeling isolated, they should always reach out to a trusted party – whether that be someone they know or a health professional. People should know they’re not alone.”

An in-depth discussion on this topic with Dr Lance O’Sullivan will take place on a special episode of Country TV’s Point of View show, airing on Friday 12 October at 7:30pm on Sky TV channel 81 during Mental Health Awareness Week. The episode will explore further insights uncovered from the results of the State of the Rural Nation Survey. 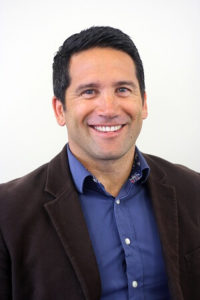 Click on the images below to see the detailed reports. 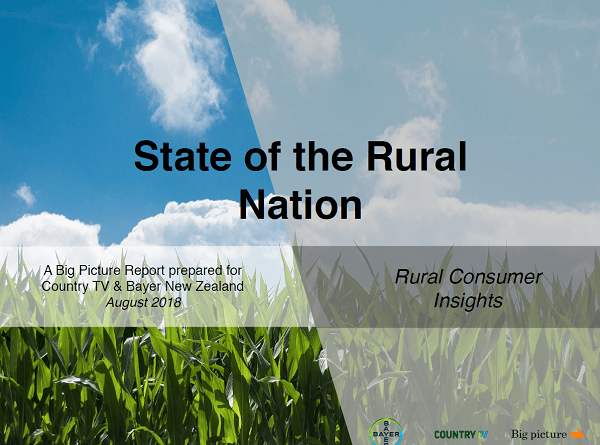 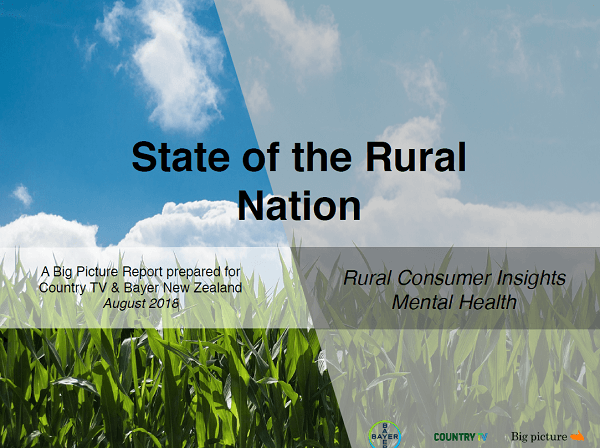